“Hello my name is John and this is my first time speaking to the group”.  Recently I made the incredibly painful decision to end my seventeen-year relationship with Direct TV. It was often tumultuous with many ups and downs along the way. To truly understand it you have to go back to the beginning of my very first interactions with TV when I was young. It likely informed the destructive path I have been led down every since.

I was a kid that lived out in the country in the seventies and eighties so we had two or three channels at best (CBS, NBC, ABC) pending on how the rabbit ears were working. I grew up enjoying the fruits of that golden era in television history. Journalist actually reported the news without bias and the sitcoms of the day were clever and funny. Who wouldn’t want to grow up on MASH, Archie Bunker, Happy Days, Cosby and Cheers. The hour-long shows were good too. We had Love Boat, Fantasy Island, Dallas and the Dukes of Hazzard as well as the A-Team.

Sporting events were a treat on the weekend as well as on Monday night during Football season. The only time I was able to stay up past my bed time was if the Steelers were playing on Monday Night Football (with Howard Cosell, Dandy Don, and Frank Gifford). It was like a holiday watching on that old 19-inch Zenith TV. That was the naïve and happy beginning of my relationship with modern day television.

Then as I got older I was slowly introduced to the more Avant-garde side of the “small screen”.  One of my neighbor buddies parents installed one of those massive satellite dishes in their back yard. The kind that is big enough to make contact with ET and Klingons if you need to. We learned that the sports options were much better if we could get it tiled at just the right angle and the late-night movie selections were much more “eye opening” for young teenagers.

I also seem to remember one New Year’s Eve party when I was in high school where we went to our parent’s friend’s house, who had HBO. We watched Porky’s and Eddie Murphy Delirious (I think this is where the trouble all began---I didn’t used to have a swearing problem).

Soon after, I moved to college, and for the first time in my life had access to the full package “Cable TV”. I felt like I hit the lottery. MTV and the “Real World” was just getting popular and they also still played actual music videos back then. ESPN was making a huge splash, before Chris Berman was washed up and relegated to the junior varsity squad of talent left on that network. Life was good. I had my first taste of what the “Big Buffet” of cable TV had to offer and I loved it.

I continued to grow my addiction with cable TV after I graduated college as I moved out on my own and bought a house. My first full-time adult “relationship” was with Dish Network. It seemed like a good thing at that time. Not sexy but solid. It was more than just a basic package and it had all the local channels. It lasted for awhile but when Direct TV came into my life and started flashing all the bells and whistles it was too much for me as a young adult not to succumb to with her. It was a whirlwind love affair with everything one could hope for, like upgraded sports packages and the NFL ticket to go along with everything else. She had it all. The whole package.

The trouble with these red-hot love affairs is they aren’t built on solid ground, but that didn’t matter to me. I was addicted like it was an opioid drug. Almost a fatal attraction. It was like she became better with time. Always enhancing her features. First the DVR, the DVR with 500 hours of space and then the Genie for whole home coverage. The more she offered the more I craved. I was going down the rabbit hole fast. It was insatiable and I couldn’t get enough. The highs were really high but the lows were very low. The more I craved, the more she wanted. Always wanting me to buy things like extra receivers and “life insurance” for her “equipment”.  It was always something. She always seemed to need more.

It became this vicious cycle and I began to realize that we were in a Co-Dependent relationship that was clearly abusive. The fights over the phone were epic. I think the neighbors almost had to call the cops a couple of times when things were getting so out of hand (being passed from representative to representative—begging for relief). Sometimes she would give me what I wanted for a short period of time but it was always the same in the end. Reverting back to her old ways. She wanted more than I could give and always seemed to be offering herself to others for much less. Her way of making me jealous and driving me crazy.

This last year I could finally see the end coming. We were coming off another cooling off period which was actually really great, but when I wanted to try and make that our permanent situation she just couldn’t meet in the middle for it all to work. I then started to get a wandering eye and began stepping out on her. I didn’t care anymore. I had had enough. Sometimes it was just a free trial but sometimes I was more. I bought a Firestick and subscription to Amazon Prime. It seemed innocent enough until that turned in the CBS All Access, Hula, Disney Plus, and ESPN-Plus. Clearly the end was near.

Finally, late one fall evening we tried one more time through counseling to come to a resolution. It was evident the relationship was too far gone to be saved. It ended with a “whimper” and not a “bang”. No screaming or yelling. Just a quiet conversation to discuss the best way to divvy up the financials. Then after seventeen years, it was over. Just like that. I was kind of sad when it “faded to black” for the last time but we both knew it could never work. I will always appreciate all the great memories though. The Super Bowls, the final episode of the Sopranos, Breaking Bad and Game of Thrones. We had a good run. In the end, we were both just too volatile to be with each other. I wish her well but worry for here.

I finally “cut the cord” and have settled into a new relationship. One that I feel like gives me room to breath and is more flexible for my tastes. It fulfils most of my desires without asking too much. It has given me new life. I am happier. YouTube Live, and streaming in general, seems to be the right fit for me. Late in life I just have different needs and no longer burn with that passion and intensity of three white, hot, suns.

I do know that addiction is a disease and I will always be a TV addict. I just need to learn to control it and manage it. I need something more relaxing, and I think I have finally found her. Time will tell. I guess I have never been very good with relationships— I really think this time is the one but I will always remember my first love. 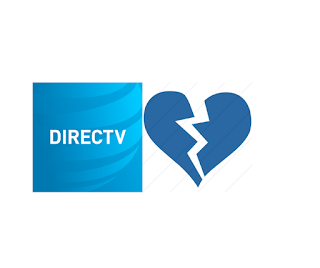