An Old Dog, a Good Life and a Happy Reunion

Last night I got a call late from Dana. I knew before I answered it wasn’t good. Max had gone out for his late-night walk to potty, and hadn’t returned to the door. They found him in the yard paralyzed by a stroke. I drove to Iowa to be with him and go over the options. There is no emergency vet in that area so we brought him back to Macomb in the middle of the night. I am pretty sure that was the longest car ride of my life. He was incredibly distressed because his legs wouldn’t do what his mind was telling them to do. He was very confused and upset.  I never want to hear, and will never forget, the sounds coming from him on that ride. I don’t wish it on my worst enemy.

We got Max right after we were married. He was seven or eight weeks old when we brought him home that December. The most handsome boy in a litter of five Jack Russell Terriers. He was my first dog in my adult life. He is also the only one I have ever had as a puppy. The first night he was home we put him in his crate downstairs. He whined most of the night until Dana went down and laid on the couch next to the crate. The next night the crate was in our upstairs bedroom (still talking all night). Third night, he was in bed with us. Max was a quick study in human nature and how to take advantage of it. A wildly smart dog. I remember turning to Dana and saying “I just got used to living with you, and now I have this little one to figure out.”  It didn’t take long. He very quickly became the center and joy of our lives.

A year after we got Max I thought he needed a sister so we went and adopted Maddie (A Black Lab mix). She quickly became his “Wing Woman” and they were inseparable. He didn’t like other dogs that much but he loved her. One of his favorite things was to get on the couch and groom her. Max and Maddie also loved car rides, especially if they were going over to Iowa, to the “compound” to run the yard and swim in the pond. You would never think a little Jack Russell Terrier would love the water more than his Lab sister, but I assure you that you couldn’t get him out of the water on a hot summer day. Meanwhile, Maddie would get in and out and just watch him from the shore. He enjoyed her company everyday the rest of his life, until two years ago when cancer took her away from us.

Max was a world class thief of shoes, socks, bras, and stray mail. He used them as leverage in hostage negotiations for treats. He wasn’t really interested in them. He cared more on how many treats he could bargain for in their surrender. Like I said earlier, he was a smart dog. Know one knew how to play the system better than him—he made an art of it in his heyday. Truly a Jack Russell Terrorist. He hated the mail man and could spot a USPS truck blocks away on a walk. I think he would have been a great drug dog, based alone on his ability to sniff out the postal carriers with such accuracy. It was uncanny.

When Max and Maddie moved to Bloomington with Dana eight years ago I swear she took out the “Extended warranty” on both of them. Not a better “Dog Mom” in the world than her. She invested more time and money into those pups than should be humanely expected. Max had heart, liver, and stomach issues to name a few. It looked like dog assisted living at her house, but he was active to the bitter end. In fact, last night he was running down to the pond and still begging for table scraps at dinner like a young pup. He was proof that there is better living through chemistry.

Late in life he had slowed down and didn’t move as fast as he did in the old days. He was mostly blind and deaf, but always ever present. Then that phone call last night. Father time rang and it was his time. He lived a hell of a good life. As good a life as a dog can get. He was One Hundred and Five in dog years. That is a great run.

When we arrived at the the vet and got him out of the car in the middle of last night he knew it was time. He quit crying and cuddled in Danas arms. We went inside and  he went peacefully. The sad ending of the full circle of life. I know in my heart that as he crossed over “Rainbow Bridge” last night that Maddie was on the other side waiting to show him the lay of the land up in Heaven, so that they could run and swim together again. That gives me some solace in all this.

You know when you sign up for this how it ends. It doesn’t make it any easier. We were there at the end when his eyes closed and his heart stopped beating for the last time. His were the ones without tears in them. Old Dogs are our national treasure. We truly don’t know their value until we lose them. His reward is his reunion with Maddie, and body restored to health. Our is a lifetime of memories that no one can ever take away. Sleep easy Max, and give your sister a kiss for us when you see her. We love and miss both of you more than you will ever understand. 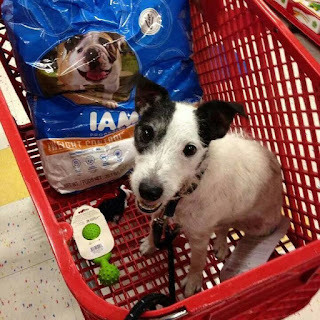